Theresa Campagna
On May 21 2012, a peaceful anti-NATO march involving thousands led by Afghans For Peace and Iraq Veterans Against the War turned ugly when a group of Black Bloc protesters attempted to gain entry into Chicago's McCormick Place where NATO representatives were meeting.
After riot police blocked their entry, the protesters dressed entirely in black, threw signs and insults at the police.
Law enforcement gave a few verbal warnings, then began beating both peaceful protesters and Black Bloc protesters. After a few minutes, the verbal warnings resumed. Shortly after, authorities over a speaker gave several more verbal warnings to clear the area. When the Black Bloc refused, another clash occurred between police, journalists, and protesters that involved a police barricade pushing the crowd into a Papa John’s wall.
Several were injured including peaceful protesters, Black Block protesters, and journalists. A Long Range Acoustic Device, also known as an LRAD machine designed originally as a weapon for war was present but was used to deliver the verbal warnings.
​The anti NATO protests typically show an American disdain for NATO's take on foreign policy. What was not typical was the violence between police and protesters that was the most graphic since Chicago hosted the 1968 Democratic National Convention.
​ 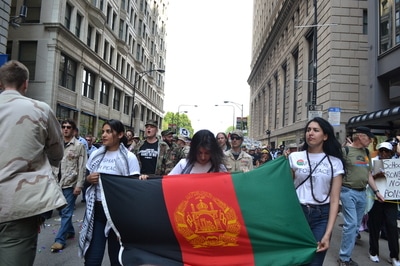 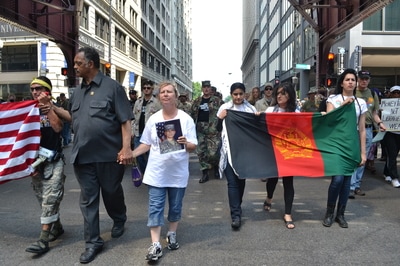 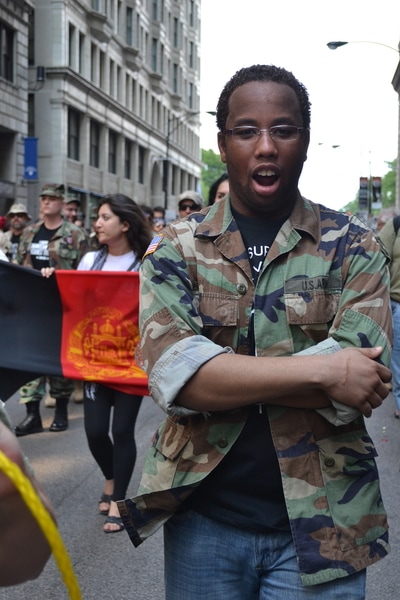 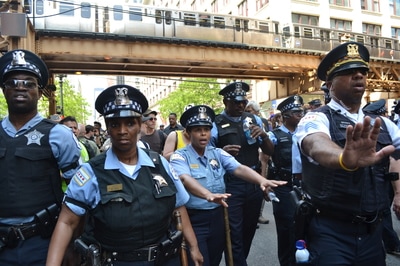 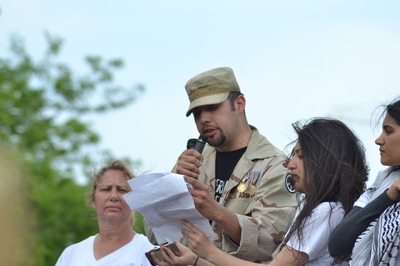 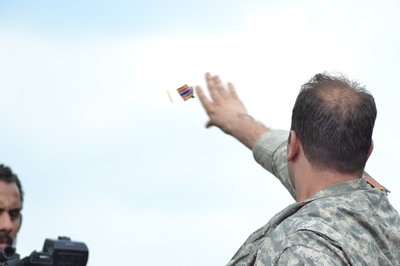 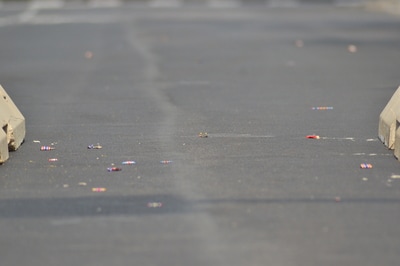 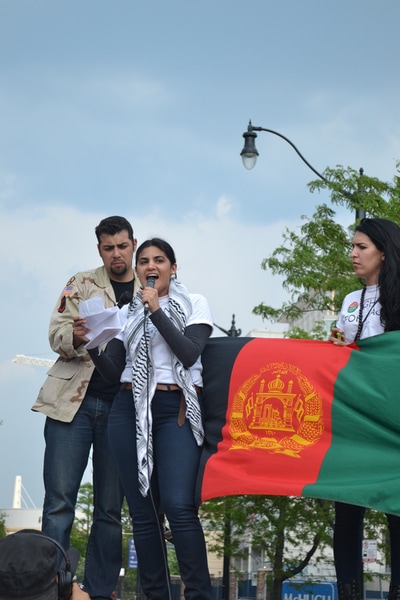 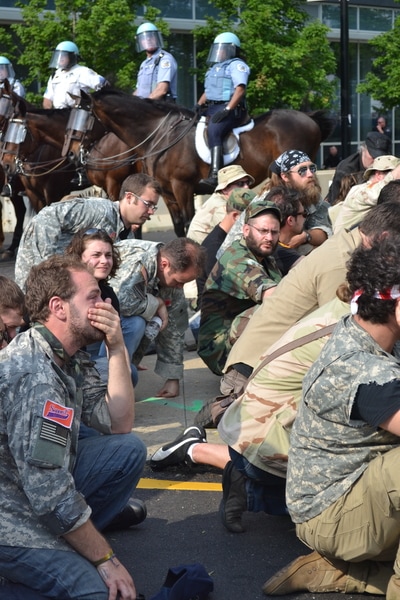 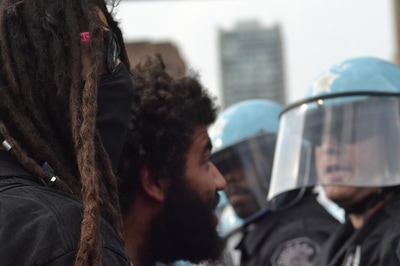 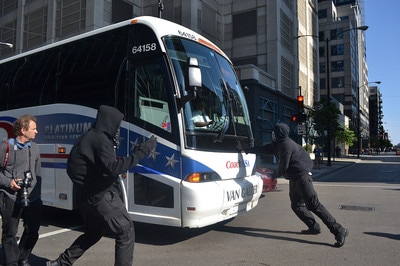 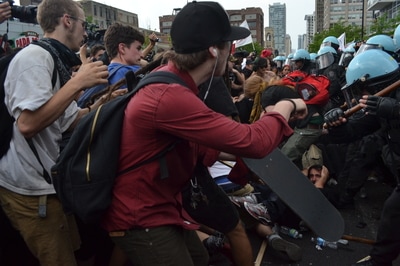 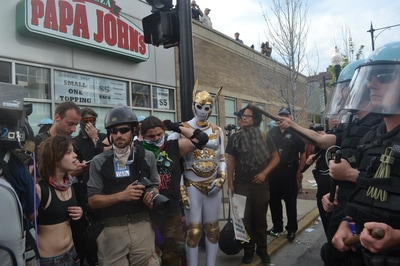 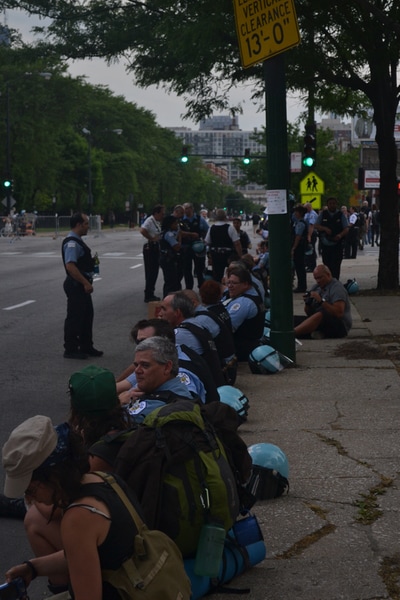